International campaign to defend the revolution in Rojava and its achievements.

Call for actions against the latest attacks on the revolution in Rojava. Unmask the alliance of Turkish fascism with the IS jihadists!
Call for International Action-Days
26th - 28th November 2021
On the 9th October we insist in fighting against isolation, fascism and occupation – The time to ensure freedom is now
Click here for CALL to Mobilise for DAY X 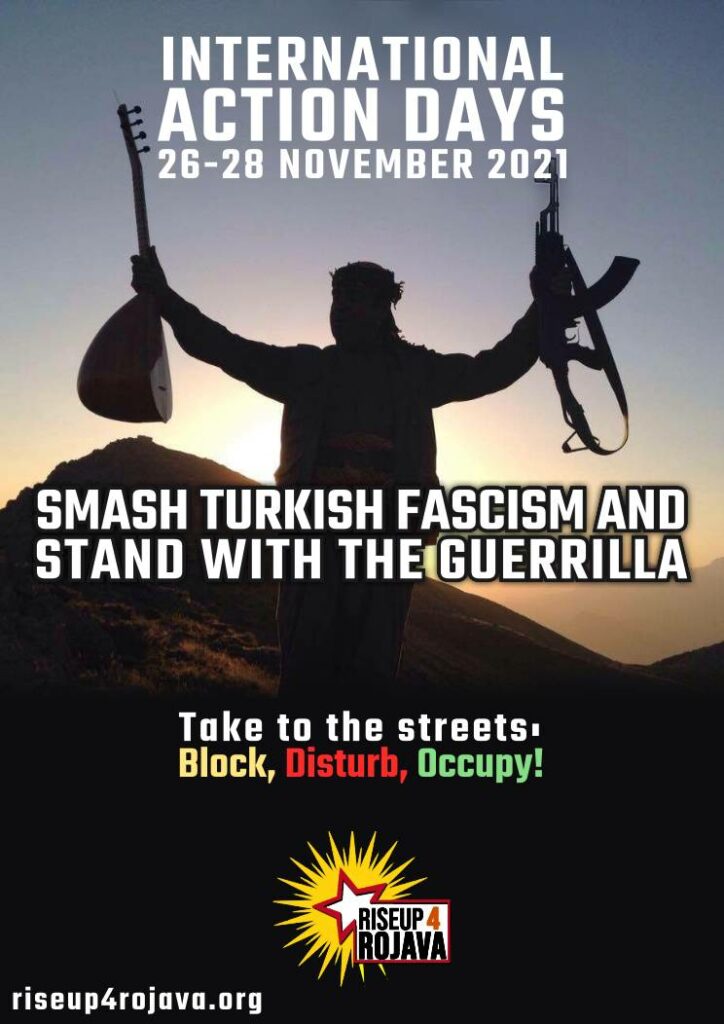 Smash Turkish Fascism and Stand with the Guerrilla

In Kurdistan 2021 has been a year marked by resistance and struggle so far. On all front, from Rojava to the cities and mountains of Southern and Northern Kurdistan the Turkish fascist state has continued its attacks against the people and the freedom movement on all levels. In Rojava the Turkish state is cutting off the water from the region, forcing demographic change in the occupied territories of Efrîn, Serêkaniyê and Girê Spî, continuously bombing Şehba, Minbic, Eyn Îsa and Til Temir and threatening new major invasions. In Şengal, Rojava and Southern Kurdistan the Turkish state is continuously targeting leaders of the resistance and civilians with killer-drones. Since the beginning of the year the Turkish army has started a massive operation against the Medya Defense Zones, which have been guerrilla controlled regions for decades. With thousands of soldiers and mercenaries, massive use of artillery, ceaseless air-surveillance and air-raids they are trying to advance on the ground. Despite all difficulties, the daily usage of chemical weapons by the Turkish army and the KDP supporting the invasion from the other direction, for more than half a year the guerrilla has successfully resisted and held its positions. A history of uncompromised anti-fascist resistance is being written, so many great women and men lost their lives and so many more are putting their lives on the line everyday, with one goal: Smash Turkish Fascism!

This Turkish Fascism can only operate due to the support it gets internationally. This support is sometimes open and active, sometimes hidden and passive. In any case, this support is the reason for the continuous existence of occupation, exploitation, killing and war in the region. Together we can make the AKP-MHP government fall – if we stand with the guerrilla and rise up for Rojava, if we put serious pressure on the international profiteers of the fascist regime in Turkey, than the last days of the regime will soon be counted.

Target the Occupation in Efrin

Since March 2018 Efrîn has been under Turkish occupation. Since than the Turkish state has been exploiting the wealth of Efrîn. One of the examples is olive oil from Efrîn that is being exported elsewhere in the world. Take a look at this list (https://riseup4rojava.org/face-the-robbery-of-efrins-resources-and-the-responsibles) to see if and where in your country oil from Efrîn is being sold to finance Turkish occupation and islamist gangs in the region. Now, get active and creative to stop those who take advantage from the occupation!

Many companies and governments declared in the past they would not continue selling arms to Turkey, but we have to realize that many weapons and different kinds of advanced war-technology are still being given to Turkey. Let us put an end to this and Block, Disturb and Occupy the Weapon Industries places and offices! To do so, have a look at our updated Target Map and take action: https://riseup4rojava.org/take-action/ and https://riseup4rojava.org/weapon-industry/

Target the Political and Diplomatic Support for Turkish Fascism

The Erdoğan regime takes its legitimacy, which it never had or lost long ago among the people of Turkey and Kurdistan, from international diplomatic and political support. Wherever you live, there are some political factions, institutions and parties which either openly or covertly support Erdoğan and the Turkish fascist state. Denounce them, confront them and make them regret their collaboration with a fascist regime!

In the past there have been several occasions on which the Turkish state has been accused of using chemical weapons, but since the beginning of this year they have started to do so on a daily basis. The HPG guerrilla has called more than once for an international investigation on this topic and international condemnation. It is obvious that the use of chemical gas against the guerrilla is for one reason and that is the inability of the Turkish army to advance on the ground by using common weaponry. To put an end to this, let us support the call of the movement for an international condemnation. At the same time support the guerrilla more directly and raise money for gas-masks: https://widnet.org/

Stand with the Guerrilla and the Resisting People

The guerrilla, the YPG and YPJ, the people in Rojava and Northern Kurdistan are resisting with everything they have. We have to see, that every defeat there will negatively influence all of our struggles, but on the other hand every victory there will strengthen our struggles against fascism and for freedom all around the world.

The 27th November marks the 43rd anniversary of the Kurdistan Workers Party (PKK) foundation. We congratulate all fighting comrades and the people of Kurdistan and call on everybody to show their solidarity with the PKK on this day. Their struggle is a legitimate one for self-determination and freedom that deserves support from oppressed people around the world.

Under these topics we call on everybody to take action in their countries on the 26th, 27th and 28th November this year. Be creative! Block, Disturb and Occupy! Demonstrate and Protest! Target the profiteers of the war! Show your solidarity with the anti-fascist resistance in Kurdistan!

Together we will #SmashTurkishFascism, we will #RiseUp4Rojava and we will #StandwithGerîla!

We take actions against the places of military, diplomatic and economical cooperation for Turkish fascism in our countries.

We prove how the Turkish fascist state is supported by weapon deals, global governments and financial institutions.

We are a worldwide campaign and platform for the defense of the Rojava Revolution and its achievements.

While the population of Rojava continues their struggle for self-determination, women’s liberation and radical democracy, defending itself against the attacks of jihadist gangs and the fascist Turkish state, the representatives of hypocritical governments shake hands with the Turkish oppressors.

While liquidation plans against the revolution in Kurdistan and Syria are made in Ankara, the European, Russian and USA weapon industries become richer day by day as a direct result of the wars in the Middle East. They make profits which cost millions of lives.

While hundreds of thousands of people have been displaced from Afrin by jihadist gangs supported, equipped and monitored by the Turkish army, these jihadists and their families are settling and exploiting the resources of the people. They are selling the symbol of Afrin itself, olive oil from olive trees that have been cultivated there for hundreds of years, through Turkey to Spain and other European countries. This is what the Turkish state means when it claims to be securing its border: ethnic cleansing and jihadist gangs attacking the local people.

Not only in Afrin, but also in the mountains of Kurdistan and in the Turkish prisons, a huge resistance is being waged against these policies and attacks. In Northern Syria, the SDF, YPJ and YPG recently wiped out the remains of the Islamic State. This historic victory was only made possible through the bravery and sacrifice of thousands of martyrs, and the heroic resistance of local people. Thousands of women have organized and liberated themselves, and countless communes and cooperatives have been founded. The societies of Kurdistan, of Northern and Eastern Syria, have risen and are advancing day by day.

Turkey is proclaiming its success in “containment” of the refugee crisis outside the borders of Europe, but more and more people are realizing the true face of this regime. In reality, until Turkish fascism is defeated, ISIS will continue to be a threat and the revolution of Rojava will be under attack.

We must expose and attack the military and diplomatic cooperation between the AKP-MHP government and opportunist governments of the USA and Western European states. We have to build a collective resistance against the cooperation of our governments with Turkish fascism. The physical fight against Turkish and jihadist aggression in the Middle East must explicitly be connected to the fight against the policies of complicit governments around the world. If more democratic and revolutionary movements mobilise and organise through our communities and class rooms, agitating in our workplaces and the media, we can establish a second front against Turkish fascism and imperialism in Middle-East.

We must expand our actions, connect them and internationalise them. We have to trespass from a politics of protest to permanent political resistance. The Turkish army is firing their weapons, and NATO is providing the ammunition. The people of Kurdistan and Northern Syria are already responding to these attacks. We, as anti-fascists and revolutionary forces, will take action – through occupation, blockade and disruption – against the places of military, diplomatic and economical cooperation for Turkish fascism in our countries.

In solidarity with the people of Rojava, we will show solidarity through the following goals and actions:

We call on all activists and militants to join #riseup4rojava!

The revolution in northeastern Syria will prevail, Turkish fascism will be smashed!

Solidarity with the anti-fascist forces in Turkey, Kurdistan and in the whole Middle-east!

In all our different colours but together in our aims, we will stop the Turkish state’s war on women, democracy, and freedom. 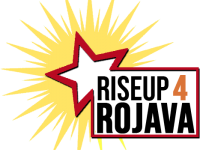 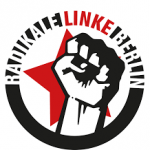 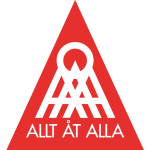 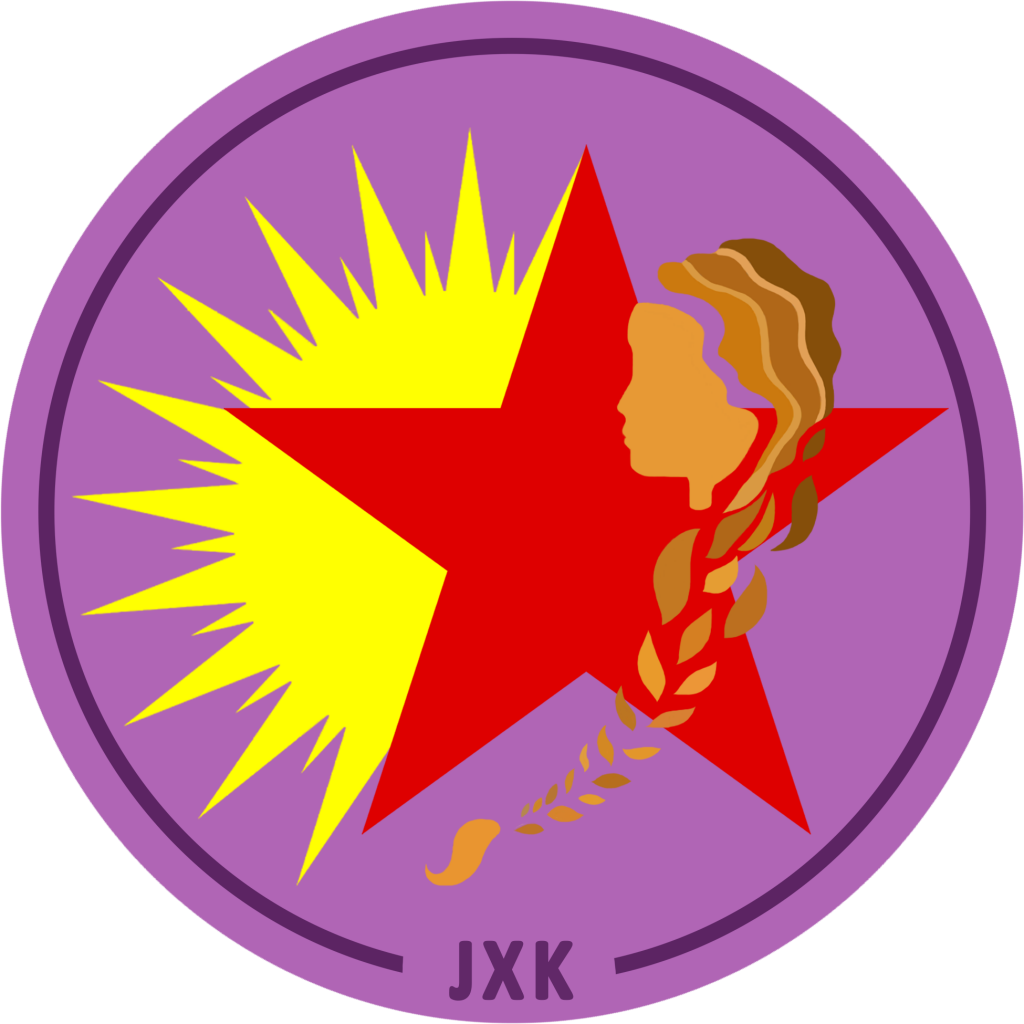 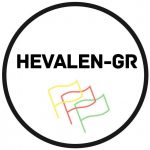 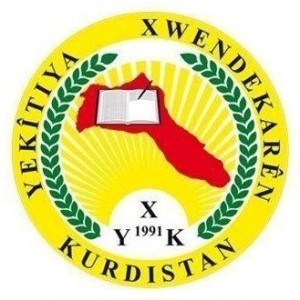 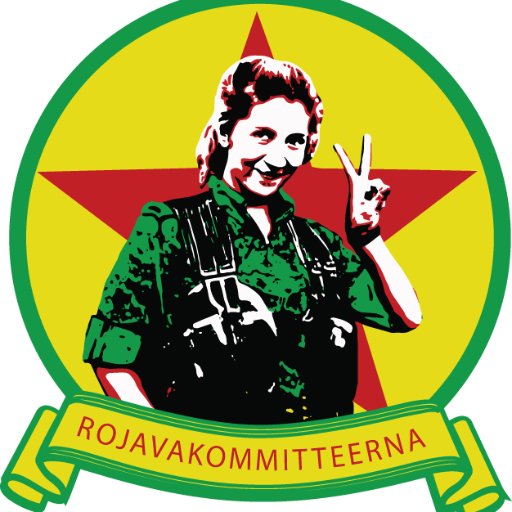 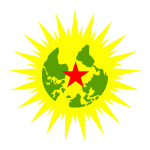 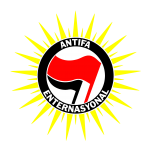 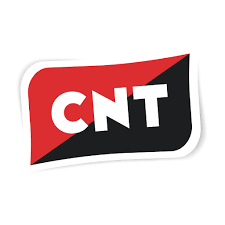 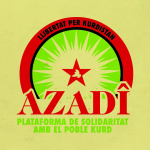 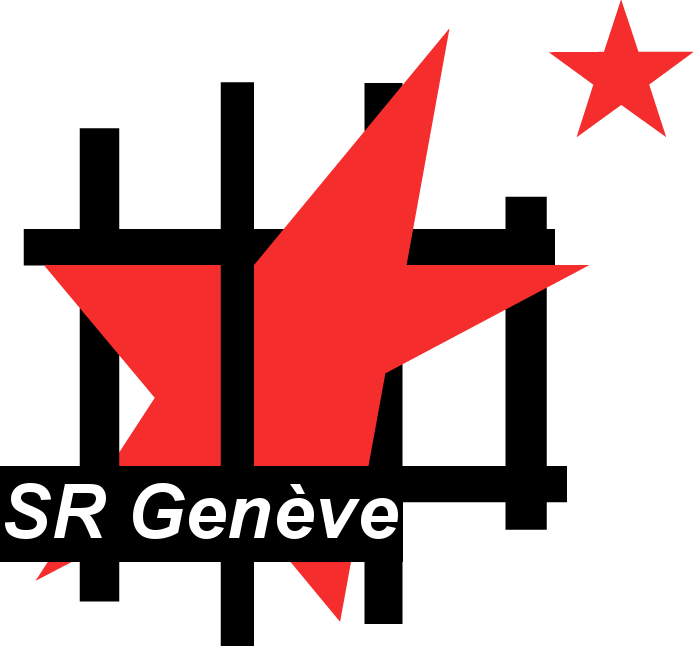 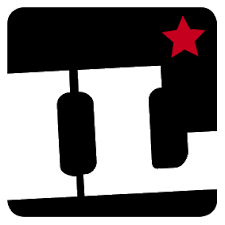