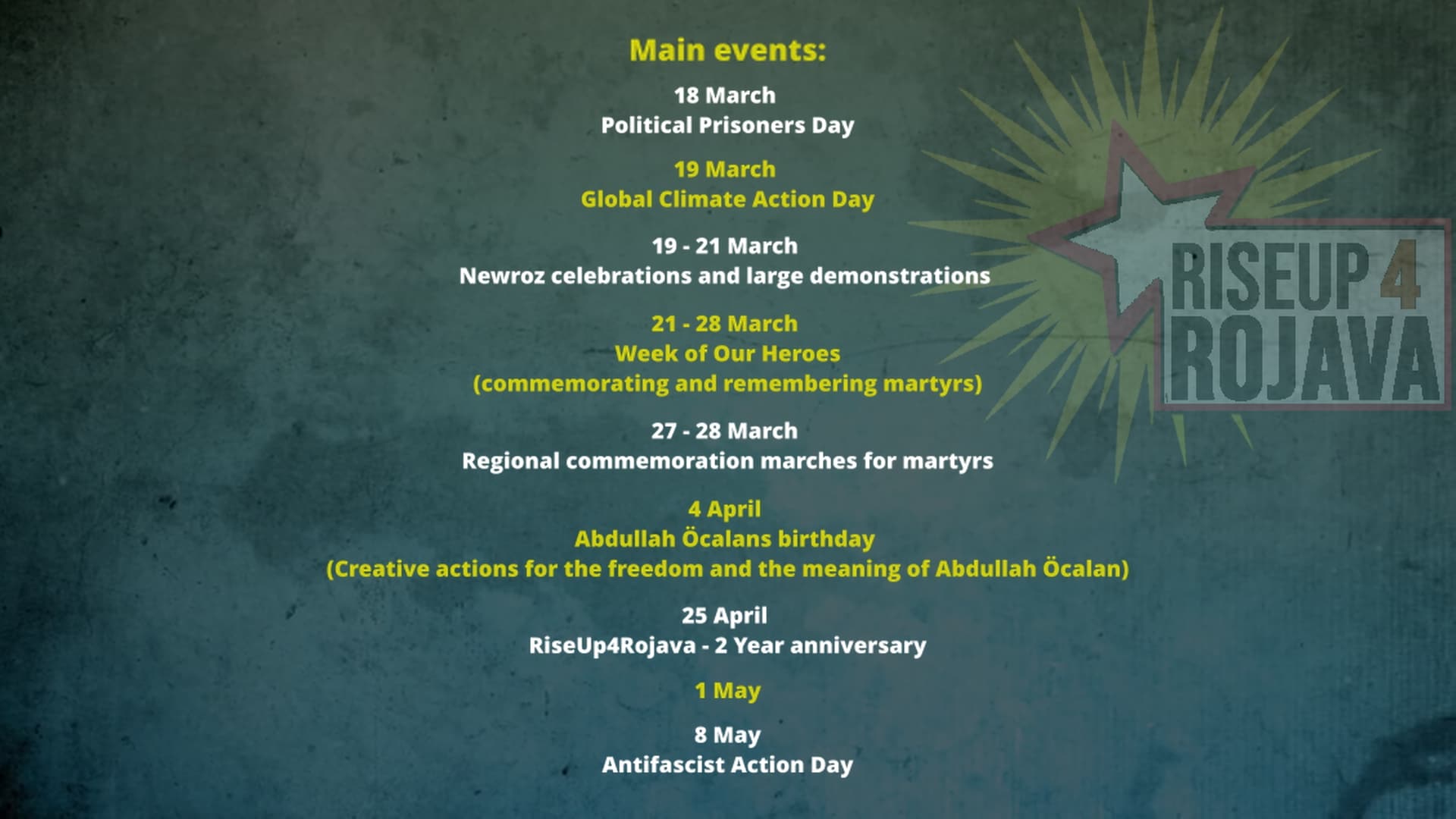 Spring is just around the corner and just as nature blossoms at this time of the year, so does spring mean new hope, new strength, and new energy for us. On 10th February, the Turkish occupation army under the command of the fascist AKP-MHP government launched a new large-scale invasion called “Claw-Eagle 2” in Southern Kurdistan/Northern Iraq against the Gare region, which is part of the Medya Defense Areas controlled by the guerrilla of the Freedom Movement. After only 4 days, the fascists were forced to completely withdraw due to the heroic resistance they faced. Despite the latest NATO war technology, permanent aerial surveillance, non-stop bombardment by dozens of F-16 fighter planes and the deployment of hundreds to thousands of special forces, they were unable to get a foothold on the ground and ultimately failed miserably due to the determination, revolutionary will and tactical superiority of the anti-fascist guerrillas. While this does not mean the end of the threats, it is a historic victory for the resistance and further proof that the last word has not yet been spoken.

The example of the guerrilla shows us that the oppressed are not defenseless, but can defeat a technologically, logistically, materially, financially and numerically superior enemy – it is possible to make revolution in this 21st century. The feeling of powerlessness against the state and capital that many of us hold is ultimately a sham; a feeling we must rid ourselves of. The revolution in Rojava, the anti-fascist resistance in the mountains of Kurdistan, in the occupied territories of Rojava, and in the metropolises and prisons of Turkey, as well as the build-up of an alternative life based on democratic self-determination, an ecological way of life and economy, and the liberation of women in the mountains, in Sengal, Maxmur and Rojava: these are the living proofs that it is possible.

But these revolutionary projects face a massive fascist and imperialist threat. The attempted invasion of Gare was not the first of its kind and will not be the last. For months, the attacks against the liberated areas in Rojava have continued. For years, the US-NATO and Turkey, as well as their local collaborators KDP-ENKS, have been trying to carry out a comprehensive extermination plan against the Kurdish Freedom Movement and especially against the PKK. Against this background, Efrin, Serekaniye and Gire Spi have been occupied, Turkey’s ongoing operations outside its borders in Syria and Iraq are internationally accepted and supported, and furthermore, a broad special war program against the movement and society is taking place. It is against this background that Abdullah Öcalan continues to be held in isolation on the prison island of Imrali, and thousands of comrades, activists, politicians and journalists have been imprisoned in recent years.

We unite in resistance! The main events that we are proposing below strenghten our unity as antifascists, anti-capitalists, and anti-imperialists. Getting together, fighting and resisting united against Turkish fascism and all fascisms, against patriarchy, femicide, and ecological destruction, and taking also action for our comrades in prisons, not only fosters our culture of resistance, but is the message that is needed to be given in defense of the revolution. It is also the practical memory of those who sacrificied their lives for the revolution and who continue to show us the way in our daily resistance and struggle!

– We stand together against the occupation of Kurdistan, against Turkish fascism and its international supporters.

– We stand internationally side by side, shoulder to shoulder with the anti-fascist resistance on the front lines in Kurdistan and in the prisons of Turkey.

– We will not permit a quiet hinterland to Turkish fascism and we will disrupt and block it internationally.

– We support the international campaign “Freedom for Öcalan” and act for an end of isolation, and take action for the release of political prisoners.

– We support the women’s revolution in Rojava and the other parts of Kurdistan.

– We commemorate those who have fallen in the struggle for equality and dignity. We follow their example by putting the values of the revolution into practice and continue living them in our daily struggle.

Based on these principles, we call for a joint spring offensive. The victory in Gare and the continuing danger urge us to go into the offensive, to take the initiative and not to wait until the next major invasion. After all, war is everyday and resistance is everyday. Spring is here, the Newroz Festival, a symbol of freedom and resistance, is just around the corner:

Unite in Resistance – Together we are strong!

We call to celebrate this spring under the common slogan “Unite in Resistance”. Let us stand together locally, regionally and internationally against fascism and directly support the revolution in Kurdistan. If we connect our different struggles, we are strong, because our strength is the strength of solidarity!

Let us be like the spring that blossoms with all its diversity and strength, resists, gives life, and is being feared by the longest and hardest winters.
The united spring of peoples, resisting together, and committed to continue building up the practical alternative we want to live in will be feared by all our enemies.

The revolution in the Middle East will win- Fascism will be smashed!

21-28 March: Week of Our Heros (commemorating and remembering martyrs)

We call upon everybody to get active by themselves and to take the initiative: Block, Disturb, Occupy! Be creative, share your ideas, actions and events with us! Organize sit-ins, meetings, discussions, seminars, webinars, and conferences! Connect your local struggles with the revolution in Kurdistan and other struggles around the world!

RiseUp4Rojava will from time to time, as part of this offensive declare certain common daily targets, for example one day the weapon industry or another day the tourist sector, etc. We call upon you to take part in these specific action days.

Besides that, we want the main events that are mentioned above, to be organized together under the common slogan of „Unite in Resistance“.

CALL: The Spirit of 15th August is Alive!
CALL: 9 years of Revolution in Rojava – WE CONTINUE TO “UNITE IN RESISTANCE”
Evaluation of the Current Political-Military Situation in Kurdistan, 29th June 2021
May Day Greetings 2021
© 2019 #riseup4rojava - smash turkish fascism.