Today, we celebrate all the brave revolutionaries around the world fighting against capitalism, for socialism and a free society. We see this fight as a continuation of the struggle of the Haymarket Martyrs and we give great value to the history of what we now call May Day. It was in Chicago in 1886 that 300,000 workers in the United States went on strike and demanded their humanity in the face of brutal oppression by capitalism. In light of this, revolutionary movements all over the world have too shouted the slogan, “War to the Palace, Peace to the Cottage, and Death to LUXURIOUS IDLENESS”. May day has come to symbolize this spirit of internationalism and the international workers struggle against capitalistic hegemony. From Euskal Herria to Bolivia, from Germany to India, from Rojava to all around the world, this struggle continues.

Since the 1970s, the Kurdish Freedom Movement has also been active on this day, organizing in the streets and workplaces of Bakur and Anatolia. Today, this resistence continues in the mountains against the fascist Neo-Ottoman Turkish state. The attacks on the free mountains of Kurdistan, especially in Metîna, Avaşîn, and Zap have massively intensified in the last week. The purpose of the attacks by the Turkish state and its imperialist backers is to destroy not only the revolution here in Rojava, but also in the whole of Kurdistan, including the hope and practical alternative the revolution is giving to the region and the whole world!

In response to the attacks, the gerilla has launched their own operations, inflicting not only great harm to the ambition of the Turkish state, but also showing with determination the defense and the continuous build up of the revolution. The people of Kurdistan, notably the youth, have also intensified their resistance in the form of revolutionary actions. Throughout history this day has stood for the struggle against bosses, capital, and class divison. But May Day is not only the day when we celebrate the workers’ movement, but also the resistance of women all around the world. Since the protests started, women were always at the frontlines. We see the importance of the women’s struggle and, therefore, send best of wishes to all women fighting against capitalist modernity. Every year, the streets are filled with resistence; today this resistence has not lost its strength and committment.

From Chicago to Kurdistan, the revolutionary spirit of the people will never be defeated!

From Rojava to the world, #UniteInResistance cause the victory is ours! 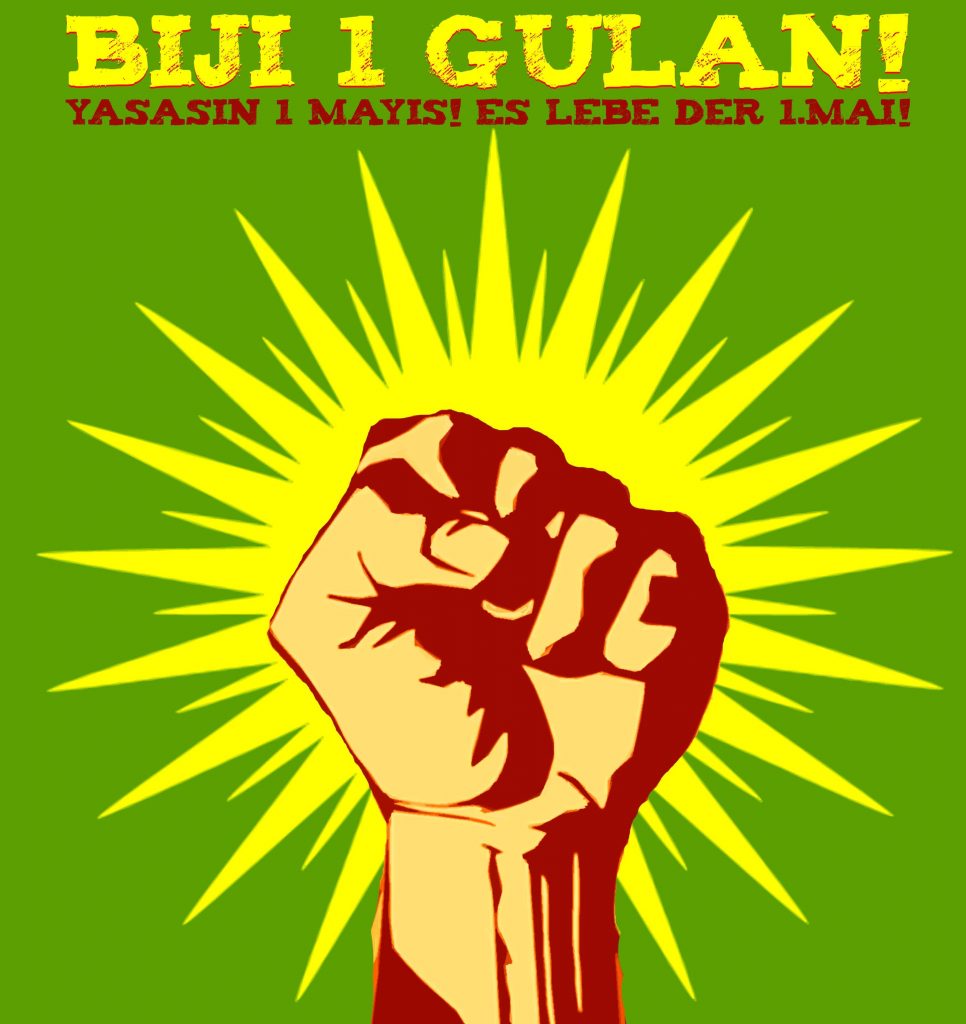