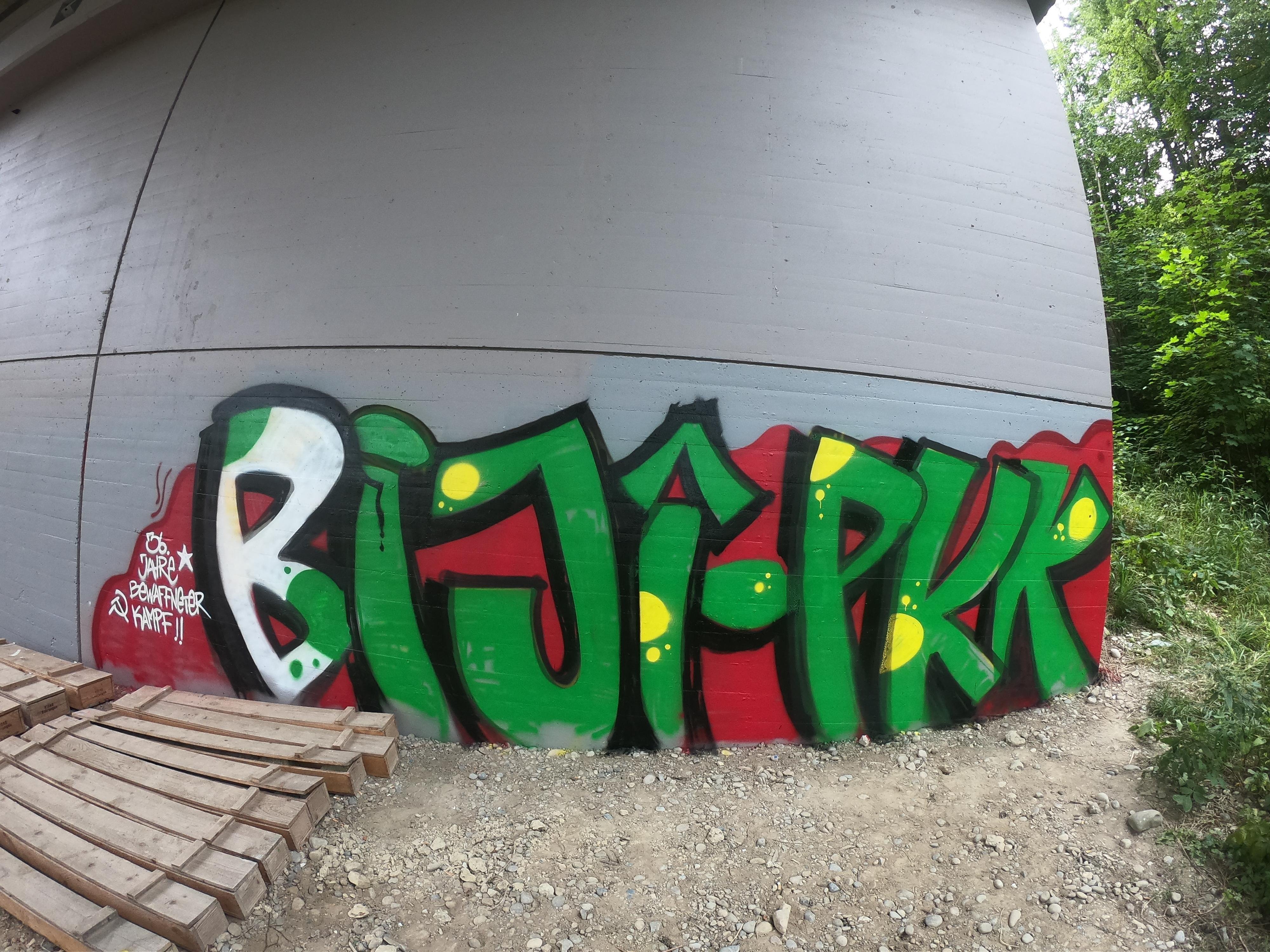 On the 15th August, 36 years ago, the PKK took up arms to resist against the fascist Turkish state. This was the result of a long period of building up a new movement, initiated by some young Kurdish and Turkish revolutionaries from the student and urban milieu of Ankara. They moved to the rural region of Kurdistan to initiate a political and later also armed process.

For us as a resistance network and part of the international Riseup4Rojava campaign, the guerrilla has a central role in the Kurdish defense zones. The actions of the guerrilla and also their supporters in the Turkish cities show us what revolutionary politics can look like. Despite massive repression and militarization in the Turkish metropolises, the revenge cells succeed almost daily in carrying out armed actions and arson attacks against Turkish capitalism and the Turkish state. At the same time, the guerrillas are leading a successful resistance against the current invasion in the mountains of Northern Iraq.

The PKK is still an example of how armed struggle and mass organisation can be successfully combined. This success is all the more important because the opponent, an authoritarian state with fascist features, attacks and wants to annihilate the organisation as soon as possible. One of the strengths of the Kurdish liberation movement is not to follow a plan rigidly. It is to constantly evaluate the situation in order to develop better solutions and strategies. The success of the PKK also includes the union with other revolutionary forces like TKP-ML, DKP, MKP or MLCP in the Alliance of the United Revolutionary Forces HBDH. Until today, the Kurdish and Turkish guerrillas in the mountains are a symbol of a successful resistance against fascism, imperialism, patriarchy, colonialism and capitalist exploitation. They constantly develop their political project. They are the heart of the Kurdish movement and succeed in warfare through new forms of struggle and tactics. This is currently reflected in the impressive resistance around Heftanin, where the Turkish army is attacking with all its strength, but where massive losses can be inflicted.

Especially in this time of intense fighting it is important for us revolutionary internationalists to emphasize the importance of armed resistance. Since the bombings in the mountains of Kurdistan go unnoticed by the general public, we want to put the focus on this war. And we do this by leading the fight against Turkish fascism also here in Switzerland. On the occasion of the anniversary of the armed struggle of the Kurdish liberation movement, we look back at our revolutionary history in the imperialist centres – in the heart of the beast – and we realize that here too, there was an armed revolutionary practice, the trace of which still gives a perspective to many movements today.

No matter if Vietnam, Cuba, Palestine or Kurdistan, the struggles have filled and still fill our hearts with fire. They have moved masses who took to the streets to demonstrate against the atrocities. They have brought militants to pick up lighters and incendiary devices, in order to attack. They have encouraged the urban guerrillas of the RAF, Action Directe, Rote Zora and many others to use the weapon as a tool and to organise themselves clandestinely against the murderous system. What led to countless actions in the 70s and 80s still drives us today: Revolutionary internationalism!

Video of the RJZ: https://streamable.com/jz9xo2

Previous Post
Call 15th August: «Smash Turkish Fascism»
Next Post
Brochure: How to recognise a war when you see one

Unite in resistance – Statement in Solidarity with Dimitris Koufontinas, 1st March 2021
Call for Action: Smash the fascists and their international collaborators everywhere! #RiseUpAgainstFascism, 10.02.2021
Statement: 6 year anniversary of the liberation of Kobanê, 26th January 2021
Call to join the Long March 2021 for the Freedom of Abdullah Öcalan
© 2019 #riseup4rojava - smash turkish fascism.